What is the Right Number of Variants for a Modular System?

How can Over-Specification of your Modular Products Reduce Complexity Cost?

Your different customers have different needs for the performance of a product, driven by their applications and preferences. This need for performance and their willingness to pay drives a business to offer products with different performance levels and prices. Adjusting the performance to meet your individual customer preferences typically leads to high product variance and, therefore, high complexity costs. 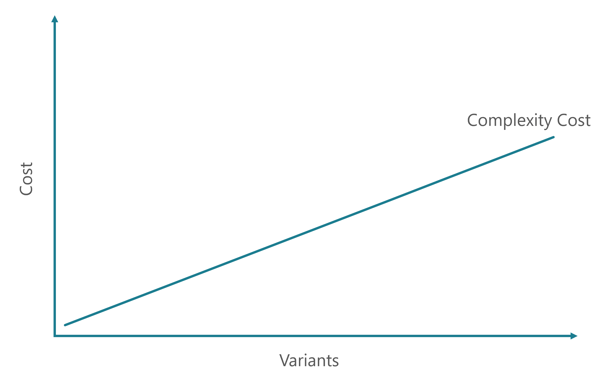 The cost of complexity increases with the number of variants offered

Modularization can break the direct connection between product variance and the cost of complexity by isolating the performance-driving properties of a product to specific modules. This way, we can optimize the number of variants for this particular module without creating variations of everything else. But how can we find out how many variants we should produce?

An important thing to note is that a company could decide to market more performance levels than the actual performance steps of the hardware. With labeling, software control, etc., they can sell a product that, under the hood, has (some) components or modules capable of a higher performance than marketed. Theoretically, at least, the product's price level would be tied to the marketed performance. In contrast, the cost level would be connected to a combination of direct costs and cost of complexity. This concept to reduce under-the-hood complexity (number of module variants) but still to market more product variants is called over-specification – the component or system has a higher specification than what is really needed for the specific product.

In the extreme case, we standardize only one module variant, which means that we must use a design that can perform according to the most demanding product. This will mean that for all other products, the material cost will be higher than necessary. For every additional module variant, we can optimize the design for some lower performance product variant, meaning that all less demanding products could use this module variant instead. Schematically the direct cost will see a decreasing reduction from adding more module variants. In the end, we might reach a stage where complexity costs for the supplier start to add up, eventually surpassing what is saved on the raw material – and thus, our purchased material cost will begin to go up again. Volume discounts in the buyer-supplier relationship often control this type of mechanism. 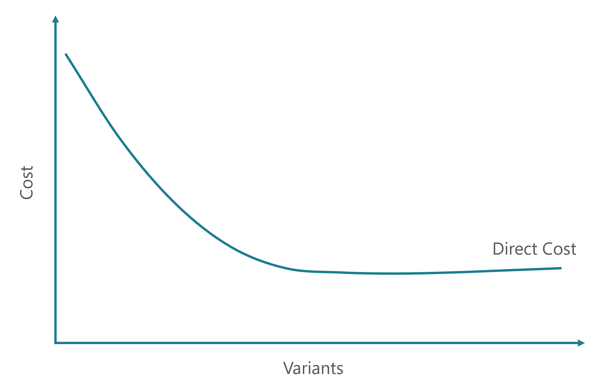 Direct cost is a function of the number of variants of a module. Note that the cost starts to increase at the far right due to the loss of volume discounts

Balancing the direct costs and cost of complexity means that we are looking for the sum of direct costs for over-specification to balance the saved costs for reduced complexity. At this point, the total cost effect of the design is minimized. 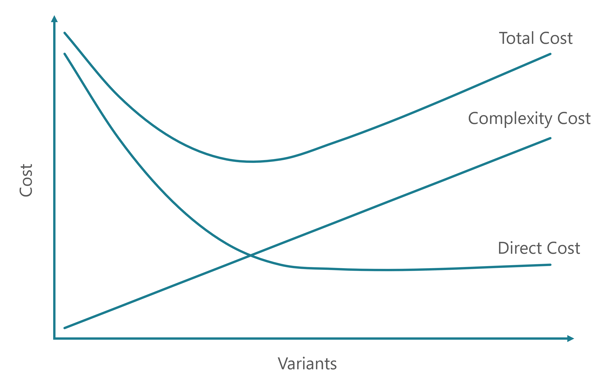 Recognizing that it might not be optimal to meet each customer's demand as optimized as possible for each component and that the existing component range that has evolved might not be ideal leads us to two questions:

In this blog post, I will discuss a mathematical approach to answer these questions.

Many companies have tried to reduce the complexity of their product assortment by standardization, meaning removing product variants with little volume or low perceived profit margins. This slimmed-down product assortment is either marketed as such – meaning a thinner catalog or the same catalog, having all the variants and sometimes higher-performance variants with labeling, damping, or software to reduce performance. I refer to the first concept as standardization and the second one as over-specification.

Standardization of the product assortment

Standardization, a.k.a. "cut the tail," can often hurt the business. A narrowed product assortment will be seen as negative for any customer that no longer finds the perfect matching product in the catalog and feels forced to select a larger size than needed. If competitors would have a more well-matching product to offer – the customer might be tempted to evaluate competing offers.

Over-specification on the product level, on the other hand, means that the supplier takes the cost penalty of the standardization. This might push down the perceived margin of the low-volume products even further - which typically leads to standardization later. This margin reduction is likely to happen if the company has little knowledge or control mechanism to consider the cost of complexity in product decisions. Any non-optimized product will seem non-profitable, even if it drives much less complexity cost throughout the value chain.

Over-specification on module level - the power of modularization

On the other hand, modularization pushes down the decision from the product level to the module level. This change means that the company can over-specify one module where the benefits regarding lowered complexity are higher than the added direct cost. For another module, where the cost of the raw material is high, the decision can be the opposite – always use as little material as possible and optimize the process for handling the complexity, for example, by parameterized or configurable design.

I will now show why this is a function of direct material cost and volume. The effect is that low-volume products typically have a better case for over-specification on the module level, while higher-level products more often can justify optimized module variants.

Mathematical Modeling to Optimize the Variance of a Module

To be able to create the function to balance the total cost as the sum of complexity cost and direct cost, we must understand the following related functions:

Modeling the Demand for each Module Variant - an Example

Let's think of an example: A company making many kinds of household appliances. The number of different appliances is very high considering the many categories, from hand mixers to large freezers and dishwashers. Let's assume that each appliance needs surge protection to protect the equipment from voltage spikes and that the spec of the surge protector is described by its energy rating – how much energy it can dissipate within a given time period without failing. The surge protector is an operational excellence module, it doesn't create much customer value, it's known stable technology, and we can benefit from leveraging scale effects in procurement and simplified material handling in assembly if we harmonize it across product variants and categories.

Given the number of appliance categories, a very large number of energy ratings for the surge protector could be used. Basically, anything from 100 J to 2000 J in steps of 100 J.

By analyzing which products would use each energy rating a table of the theoretical demand for each size can be created. 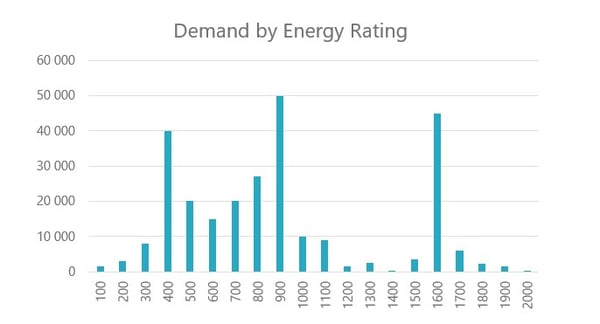 Modeling demand of a module as a function of performance

In a real-world case with a global operation there might be overlaps in the selected assortment and multiple suppliers – hundreds of part numbers could be sourced and prepared for purchasing. This is an assortment that drives a significant cost of complexity for a low-customer value part.

Modeling the Direct Cost for a Module Variant

In the example the company has a price list for the different module variants from the supplier. The price per unit is increasing with the energy rating. However, for each 20.000 units that are purchased for a specific variant a 1% discount is given on the price of that variant. 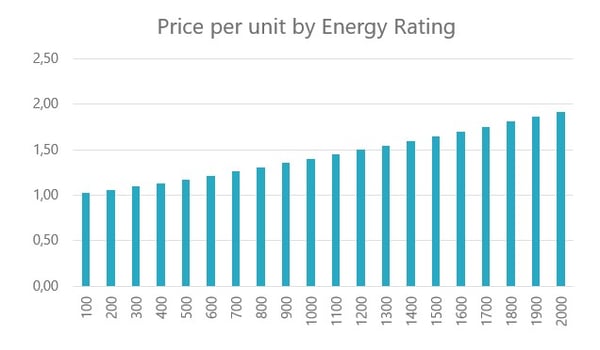 Referring to my previous blog on complexity costs I argue that these costs increase proportionally to the number of variants, at least within some size of business, operational model, and technical complexity of the product.

For our example, let's assume that each added variant of the surge protector module would drive additional costs of 3.000 USD. 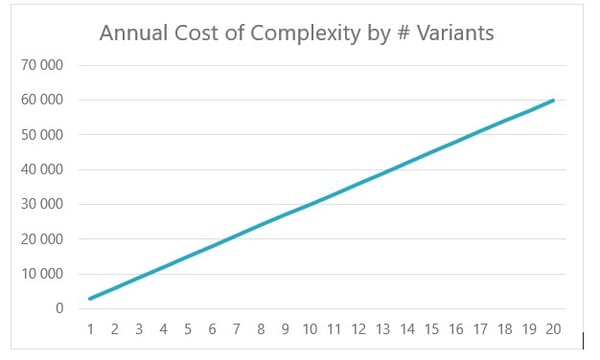 Assuming that over-specification is possible, we can analyze what the annual direct cost would be as a function of the number of variants. Note that there are multiple solutions here and that for each point we would like to find the lowest possible direct cost. The further away from a high-volume point on the demand curve we put a variant, the more added cost of over-specification we will have. To not lose volume, we must include the largest variant in all cases. To find this optimal selection of variants for each number of variants we need some way of optimization, either by testing different possibilities or by calculation. 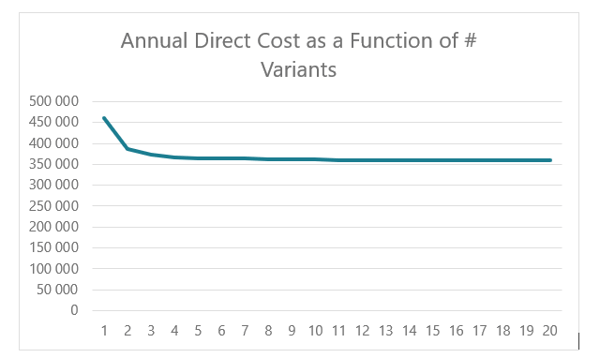 To find the optimal selection of variants for each number of variants we need some way of optimization, either by testing different possibilities or by calculation.

By calculating the sum of direct costs and cost of complexity for each number of variants, we get a view of how the total cost varies. 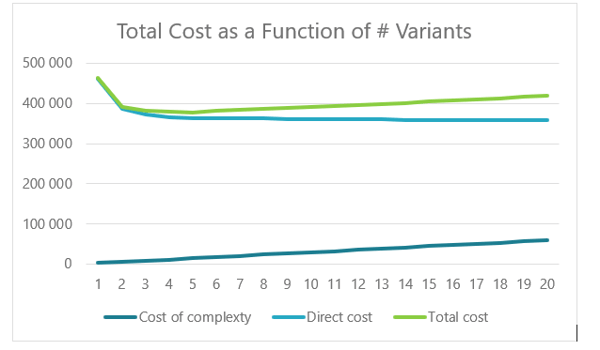 The total cost function can be described and the optimization generalized accordingly: 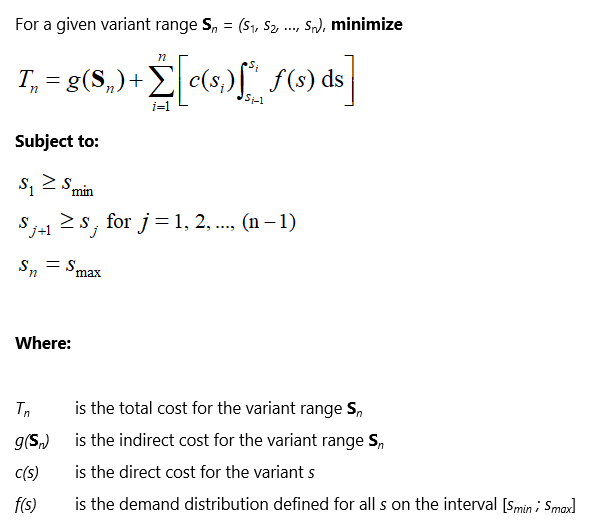 As I have shown in this example, finding the optimal range of variants for a module is a matter of balancing direct costs and cost of complexity. This model is for sure theoretical and does not take some important factors into account, such as if performance (and customer value!) is adversely affected by over-specification. But, in any case, theoretical modeling like this can provide great benefits when setting up decision models for fact-based decisions.

One learning from decades of experience in this topic is that going the one-size-fits-all route is rarely optimal. At the same time, optimizing each case is typically only the right choice when you have extremely high volume – where there are no low-volume variants.

What is Cost of Complexity? And How to Calculate it?

How to Phase-out Products?

I would also recommend our webinar series on Understanding, Quantifying, and Realizing Optimal Product Complexity:

I would also recommend reading this guide on how to create a Modular System in 5 steps:

Please contact me directly if you'd like to discuss the topic covered in this blog or looking for a sounding board in general around Modularity and Strategic Product Architectures. 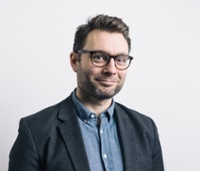 All You Need to Know About Modularization 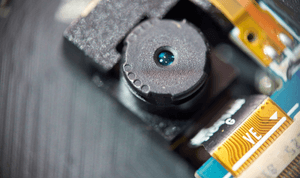 What is Cost of Complexity? - And How to Calculate it 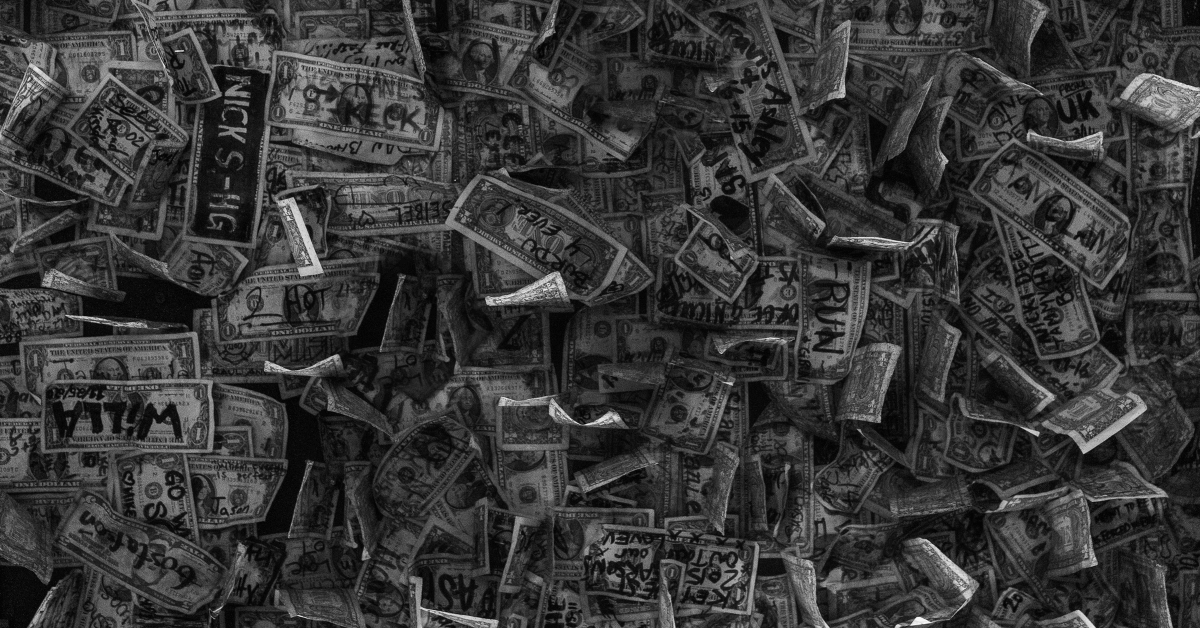 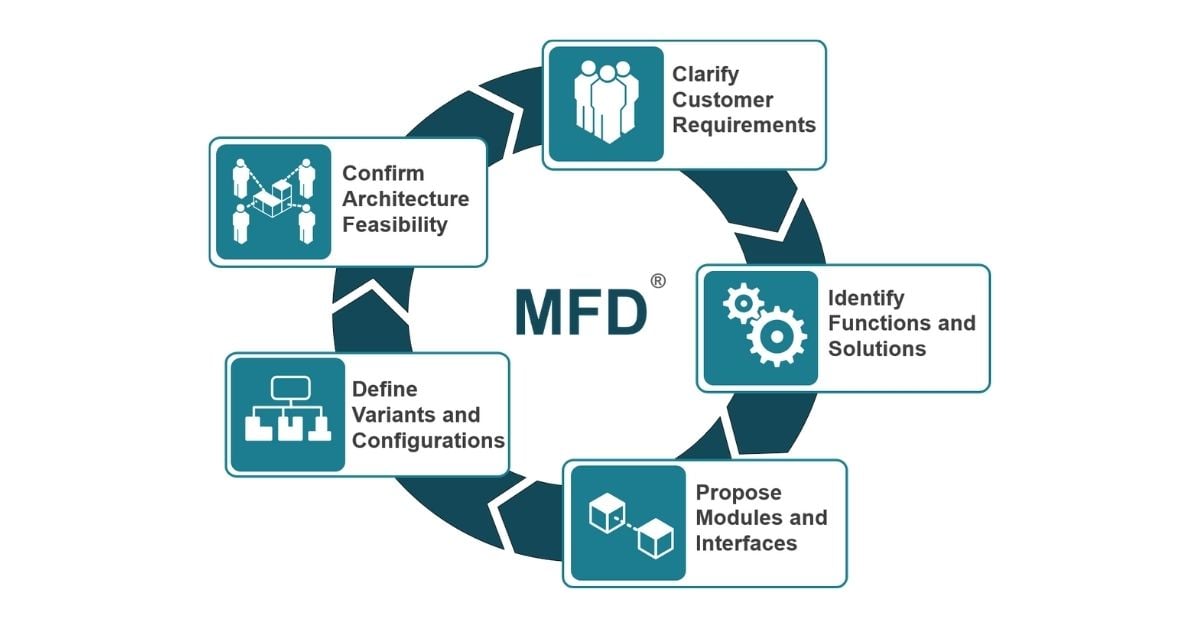